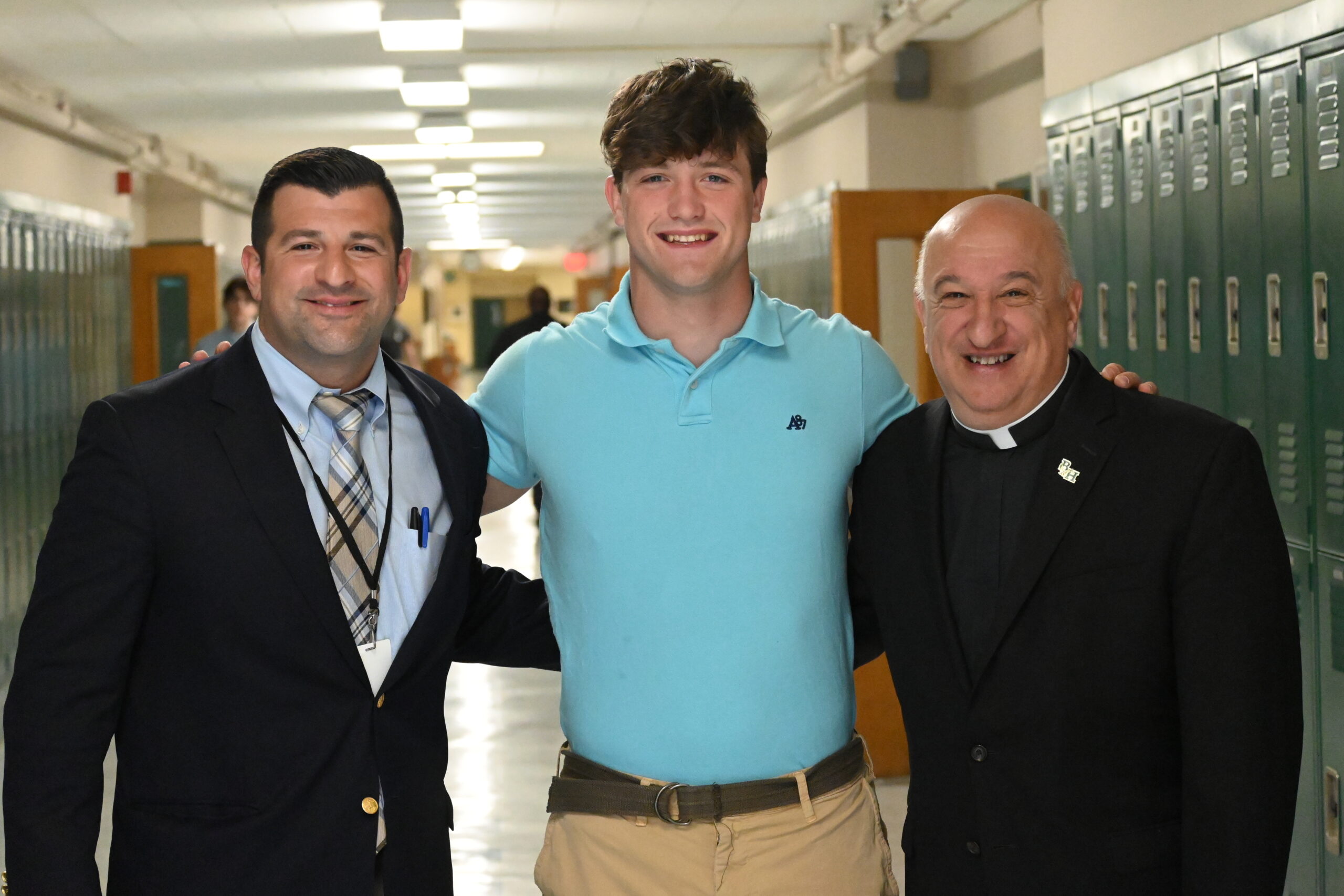 WARWICK, RI (April 14, 2022) – The School Leadership Team is proud to announce that Brandyn Durand ’22 has been named Bishop Hendricken High School’s 2022 Man of the Year. The honor was announced this morning at St. Kevin Church.

“Brandyn is the ultimate humble leader,” said Mark DeCiccio ’03, Principal. “Getting to know him over the last four years has been an honor to say the least. On behalf of Bishop Hendricken, I congratulate him on the highest achievement we offer!”

An active presence of spirit on campus, Durand was described in a faculty nomination as a person who “is driven to elevate those around him to be their best.” During his career at Bishop Hendricken, many have come to know Durand as a standout, four-sport student-athlete with unparalleled success in football, indoor track & field, outdoor track & field, and baseball. In November, Durand signed his National Letter of Intent to study and play baseball at the University of Kentucky in the fall.

Durand’s outstanding athletic prowess, however, played only a small part in earning him this honor compared to the rest of his resume. In the classroom, Durand is a strong student who ranks in the top 20% of his class and is described as “excellent, respectful, and intelligent with a charism and work ethic that is unmatched.” At the beginning of his Hendricken career, he was a member of the Leadership Academy and Ambassadors Club.

Most importantly, Durand is a servant leader. He proudly serves as a Peer Minister, assisting as a mentor, role model, and advisor for younger students through Campus Ministry. In December, he organized collections for tornado relief in Kentucky, his home for the next four years. When Durand was chosen as Gatorade’s Rhode Island Baseball Player of the Year in 2022, he earmarked Special Olympics Rhode Island as his charity of choice to receive $1,000. In his spare time, Durand volunteers at his church’s food pantry and sings karaoke with his grandmother at a local nursing home.

As Man of the Year, Durand will speak at Academic Honors Convocation on Wednesday, May 11, 2022 and Senior Breakfast on Sunday, June 5, 2022.