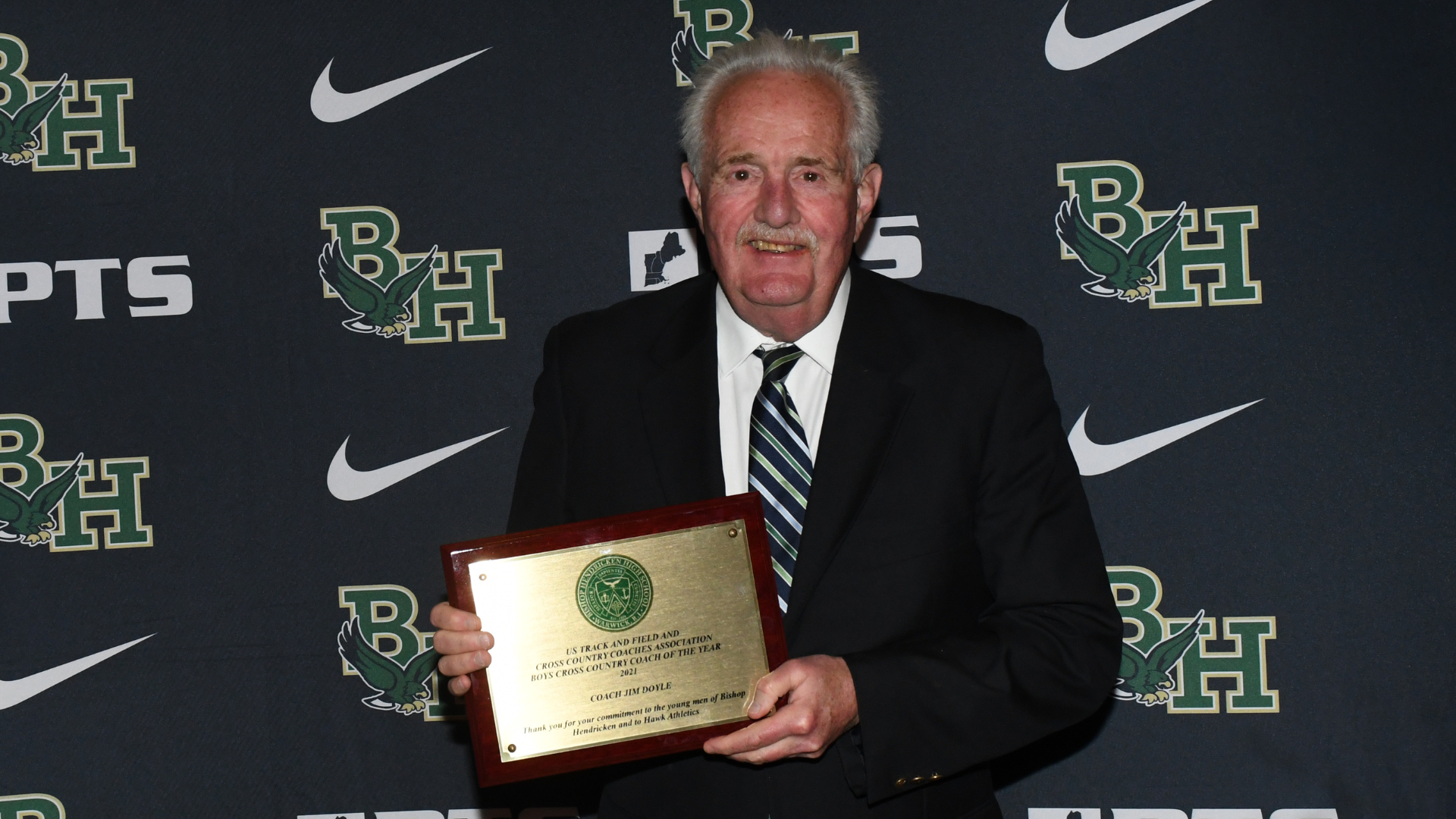 NEW ORLEANS, LA (January 23, 2023) – Bishop Hendricken High School is pleased to announce Coach James “Jim” Doyle has been named The U.S. Track & Field and Cross Country Coaches Association’s (USTFCCCA) 2022 Boys Cross Country High School Coach of the Year for the state of Rhode Island. Doyle has earned this honor twice before in 2018 and 2021.

A committee of experts from around the nation selected Doyle as Rhode Island’s winner. His selection was based on the Hawks’ performance throughout the fall season, including their championship win, the margin of victory, and overall record. As a state winner, Doyle is now in consideration for the Boys National Cross Country Coach of the Year which will be announced in February.

“Coach Doyle is once again recognized for his outstanding work as one of our state’s premier coaches,” said Fr. Robert L. Marciano, KHS ’75. “He and his wife have dedicated their lives to coaching and have consistently transformed good student-athletes into great champions, and better yet, into responsible citizens. Coach and Mrs. Doyle always make Hawk Country proud!”

The longtime Cross Country, Indoor Track & Field, and Outdoor Track & Field head coach has earned several national and state accolades. In 2019, the National High School Coaches Association named Doyle the Boys’ Cross Country Coach of the Year. In 2018, Doyle led the Hawks to a fourth-place finish at the Nike Cross National in Oregon and was later inducted into the Bishop Hendricken Athletics Hall of Fame. In 2017, Doyle was inducted into the Rhode Island Interscholastic League Hall of Fame. He is also a member of the Rhode Island Track Coaches Hall of Fame.

“This award is a testament to the sturdy leadership and guidance that Coach Doyle imparts onto his teams,” said Jamal Gomes ’91, Athletic Director. “It is a direct reflection of his hard work and dedication to his student-athletes. He and his coaching staff are determined to help them succeed and compete at the highest level.”