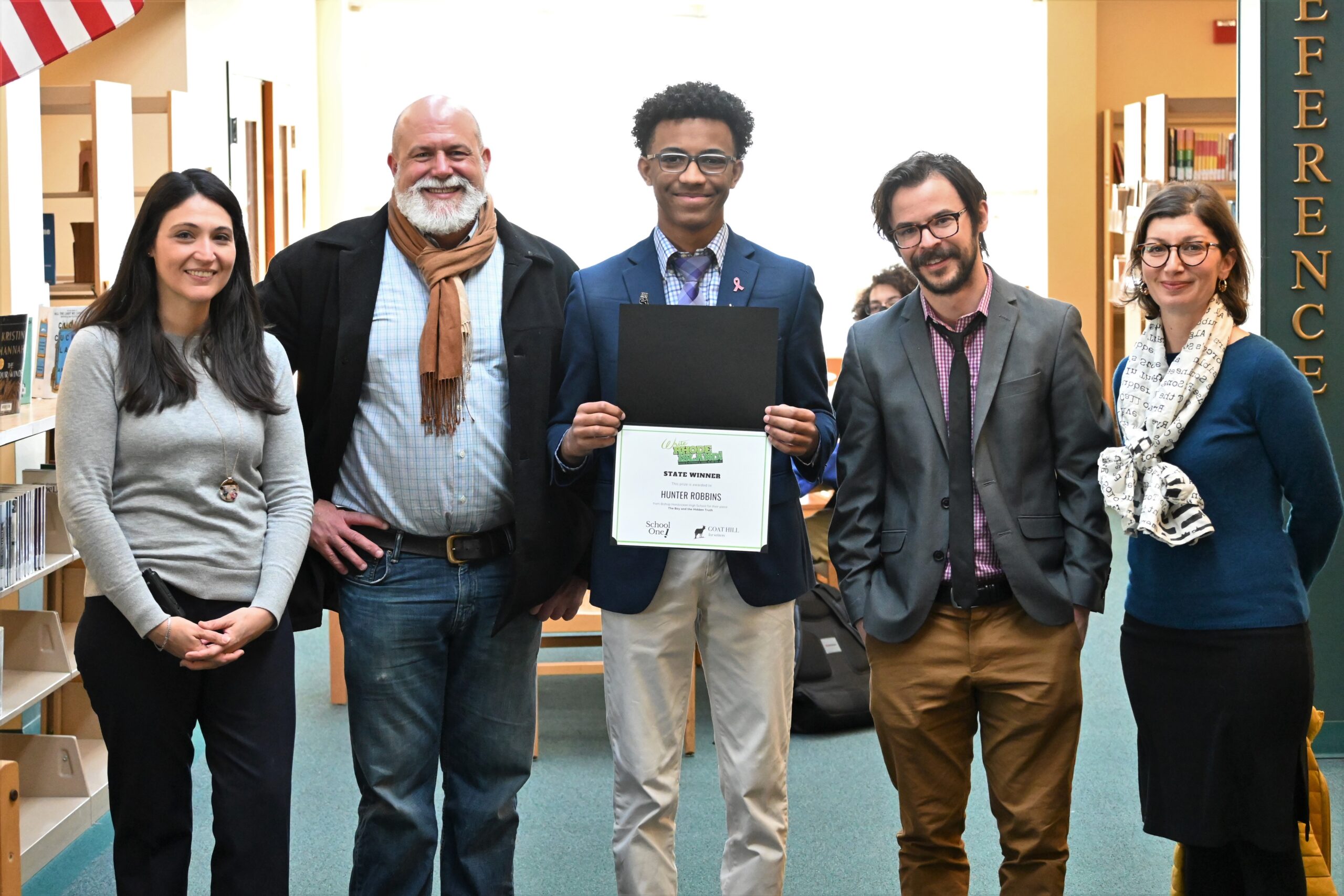 WARWICK, RI (March 3, 2022) — Write Rhode Island has announced that Bishop Hendricken junior, Hunter Robbins ’23, is a winner of its annual Short Story Competition. The organization made the surprise announcement this morning on campus and presented Robbins with his award in front of his AP Language and Literature classmates. His story, “The Boy and the Hidden Truth” will be published in an anthology of the state’s winners and honorable mentions.

Robbins will also be honored at Write Rhode Island’s ceremony on Sunday, April 3, 2022 at the Newport Art Museum. Robbins will also receive a citation from Governor Dan McKee and a copy of the print anthology containing his story.

Previously, Maison Teixeira ’23 was published as part of the Write Rhode Island Short Story Competition, too.