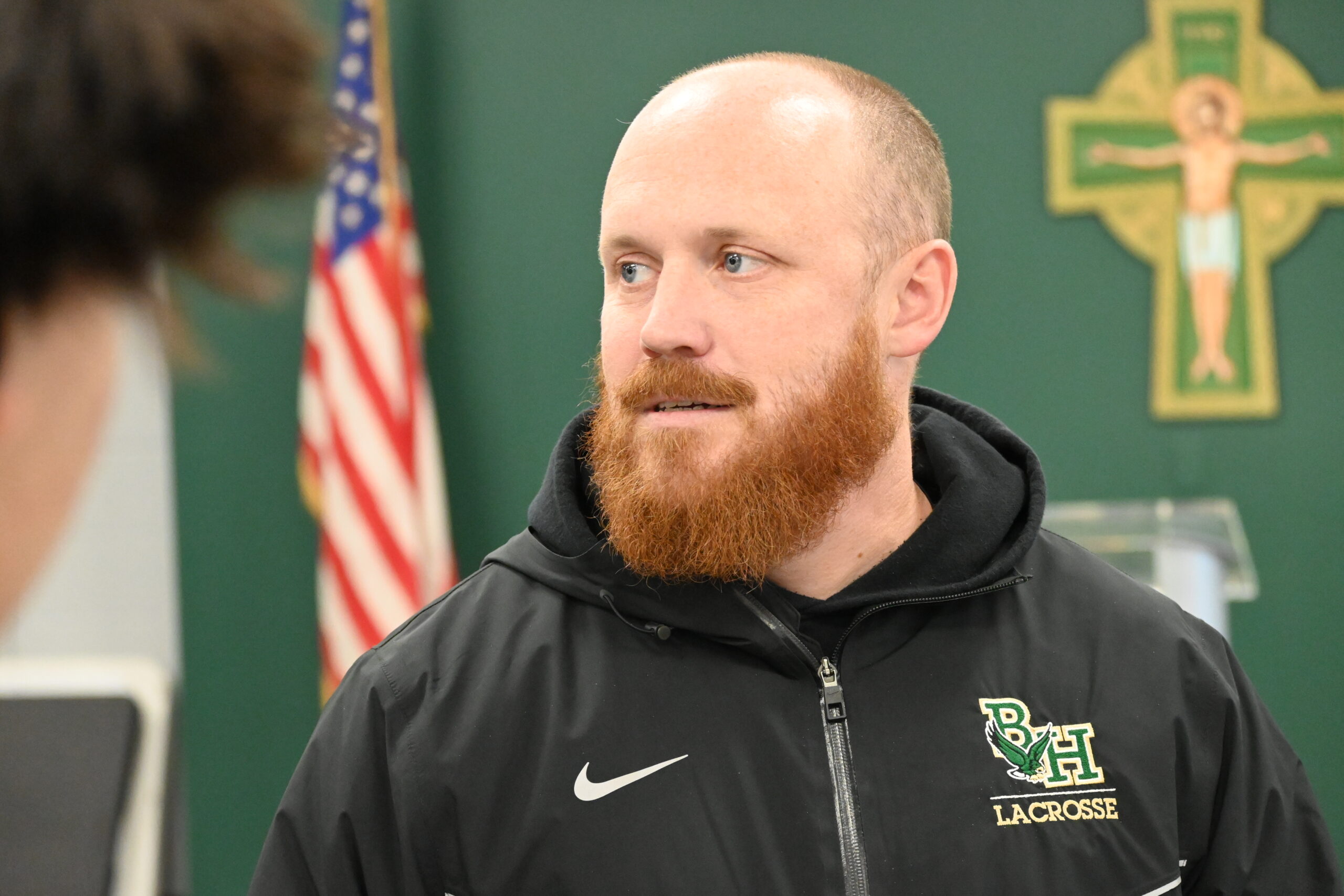 WARWICK, RI (November 21, 2022) – Jamal Gomes ’91, Athletic Director, is pleased to announce the appointment of Matthew Clifford ’05 as Bishop Hendricken’s next Varsity Lacrosse Head Coach. Clifford takes over for David Haddeland who has accepted a coaching role at Salve Regina University. Clifford was introduced as head coach at a Varsity Lacrosse team meeting this afternoon.

“It is an honor and a pleasure to have been given this opportunity,” said Clifford. “It has been a dream of mine for quite some time and I am looking forward to providing our young men with the opportunity to bring Hendricken Lacrosse back to the top.”

Following graduation, Clifford took his talents to Assumption College where he was a 4-year letter winner and is currently the 2nd all-time for most games played for the Greyhounds. He graduated from Assumption in 2009.

In 2012, Clifford took his first foray into coaching by coming back to Hendricken. Clifford served as JV Assistant Coach before becoming JV Head Coach in 2015 and winning the state tournament in his inaugural season. In 2017, Clifford was promoted to Defensive Coach for the Varsity team where he’s remained until today.

Clifford works as a Board Certified Behavior Analyst at the Pathways Strategic Teaching Center. Both of Clifford’s brothers, Paul ’97 and Mark ’02, are Hendricken graduates. Clifford’s mother, Maureen, worked in the Hendricken cafeteria and has an award named after her in the arts program, The Mrs. Maureen Clifford Spirit of the Arts Award.