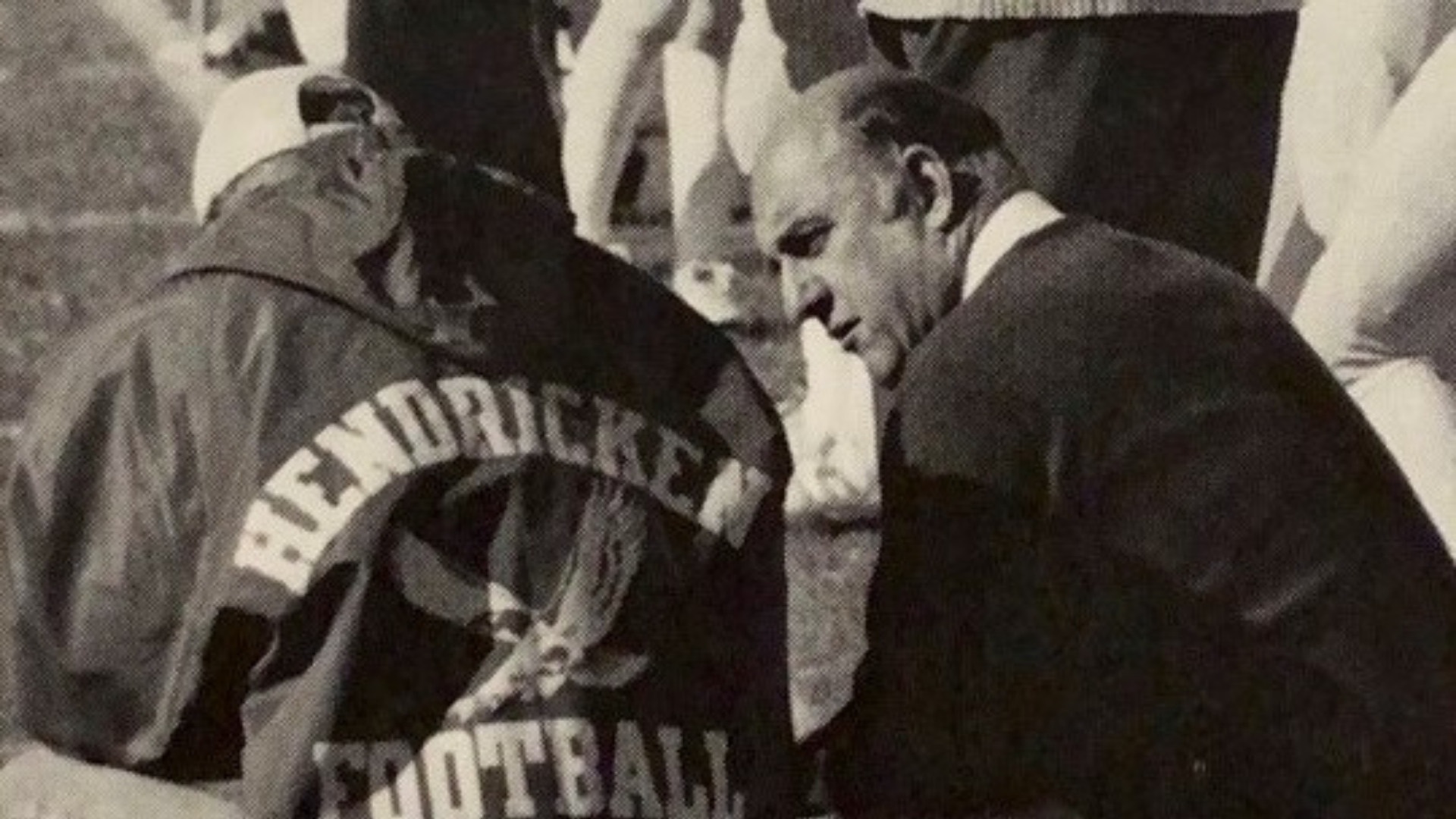 WARWICK, RI (September 20, 2022) – Bishop Hendricken High School is proud to announce the re-dedication of its stadium in honor of former Varsity Football Head Coach Edward K. Fracassa. Ed Fracassa Field & Stadium will be formally dedicated in a special ceremony prior to the Alumni & Family Weekend (Homecoming) game against Portsmouth this Friday, September 23, 2022. Dennis Hayden’s name, which currently adorns the field, will be moved to the Varsity Baseball stadium.

Fracassa was appointed Bishop Hendricken’s head football coach in 1973. When accepting, it was his condition that Hendricken move up an unheard of three levels to the top Class A division for competition and remain there no matter school enrollment or record. In 1970, the school almost closed. The football program earned one win in Class B in 1971 and was competing in the bottom division by 1972. In Hendricken’s first season competing Class A (1974), Fracassa led the Hawks to a second place finish. In 1975, Hendricken had only one loss. By 1976, Fracassa coached the Hawks to the Class A Super Bowl, and the program was transformed.

In only 10 years after Fracassa’s hiring, Hendricken accumulated a 73-14 record (80-14 including non-league games) in Class A play and notched: 5 Class A Championships; 3 runner-up squads; 4 Super Bowl births; 3 consecutive Super Bowl appearances; 3 consecutive, undefeated regular seasons with 25 consecutive wins; a 1981 season in which only 3 touchdowns were scored against the Hawks and in which there were 10 shutout victories including non-league contests (state record). In the midst of this unprecedented success, Sports Illustrated featured Hendricken in 1981 stating that “it would be hard to find another high school athletic program to match that of Bishop Hendricken High.”  Fracassa’s one condition to compete in the state’s top football division proved to bear fruit. The foundation was then set for continued growth, success, and broken records for decades to come.

In a 19-year head coaching career,  Fracassa amassed a 150–58 record including out-of-state and non-league games. More important to Fracassa than the wins, however, was his experiences with those who meant most to him in this sport: his players and assistant coaches and their personal development on and off the field.

“Coach Fracassa has been part of our Hendricken community for a lifetime,” said Fr. Robert L. Marciano, KHS ’75, President. “Coach is well-admired and for good reason: he’s the perfect example of what a Hendricken man is, someone who gives back to others. We’re very grateful to him for his many years of service.”

In 1988, Fracassa became heavily involved with Providence Haiti Outreach, a program designed to assist in developing programs for remote communities in Haiti. Along with family and students from Bishop Hendricken, Fracassa traveled to Haiti to build an orphanage.

Fracassa will be joined by his family at the dedication on Friday. He will also join the 2022 Varsity Football captains at midfield prior to the game for a ceremonial coin toss. Former Hendricken Football players and coaches will be on-hand for a reunion in honor of Coach Fracassa prior to the game.

The dedication ceremony is expected to begin at 6:45pm. Coach Fracassa and other former football players will be available for interviews following the ceremonial coin toss and prior to kick-off. All media attending the game must be credentialed.