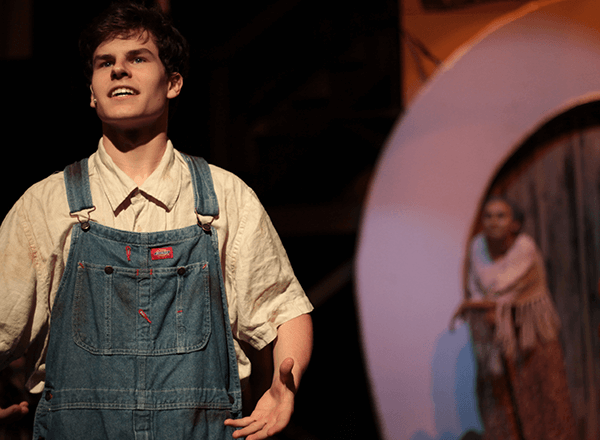 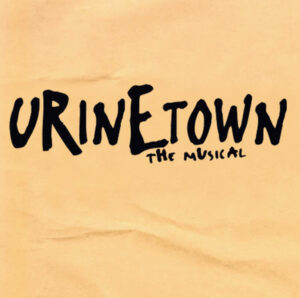 WARWICK, RI (July 30, 2018) – Summer Stage at Bishop Hendricken is proud to present Urinetown: The Musical as its 19th annual mainstage production from August 2-5, 2018 at the Dr. Daniel S. Harrop Theater.

The production will feature a four-show run, with performances on Thursday, Friday, and Saturday at 7pm; and Sunday at 2pm. Tickets are $12 for students and seniors, and $15 for adults. Tickets are available for purchase online at: www.hendricken.com/boxoffice. Tickets can also be purchased by calling the Box Office at (401) 739-3450, ext. 147. The Box Office will also be open for ticket sales two hours prior to each performance.

“Don’t let the production’s name fool you – this is a show with a lot of heart, and one that really makes you reflect,” said Richard Sylvia, Director of Arts. “Through the satire and hyperbole, there are messages that we really need to think about.”

In a Gotham-like city, a terrible water shortage, caused by a 20-year drought, has led to a government-enforced ban on private toilets. The citizens must use public amenities, regulated by a single malevolent company that profits by charging admission for one of humanity’s most basic needs. Amid the people, a hero decides that he’s had enough and plans a revolution to lead them all to freedom!

“It’s a hilarious and relevant show,” said co-director Peter Mancuso ’15. “Now more than ever, it is so important to stand up for what you believe in. Urinetown is so different from other shows that we’ve done, yet feels like the perfect fit for our students. They’ve really made the production their own.”

As part of an annual service project, the company of Urinetown has chosen to address the central topic of their show: access to clean water. Throughout the remainder of the rehearsal process and the production weekend, students will be collecting monetary donations to be given to the Catholic Charities Appeal of Flint, Michigan to assist them in their efforts to supply clean water to their residents. Also, donations of cases of water bottles are being collected. Not only will these cases be distributed to food shelters in Rhode Island, but for each case donated, our program will provide the Catholic Charities Appeal with the funding to purchase a case of water for the residents of Flint.

The production features more than 70 student actors, technicians, and musicians from various Catholic, public, and private schools from around the state of Rhode Island. The production is spearheaded by a creative team of Hendricken alumni currently pursuing the arts, and experienced theatrical professionals.