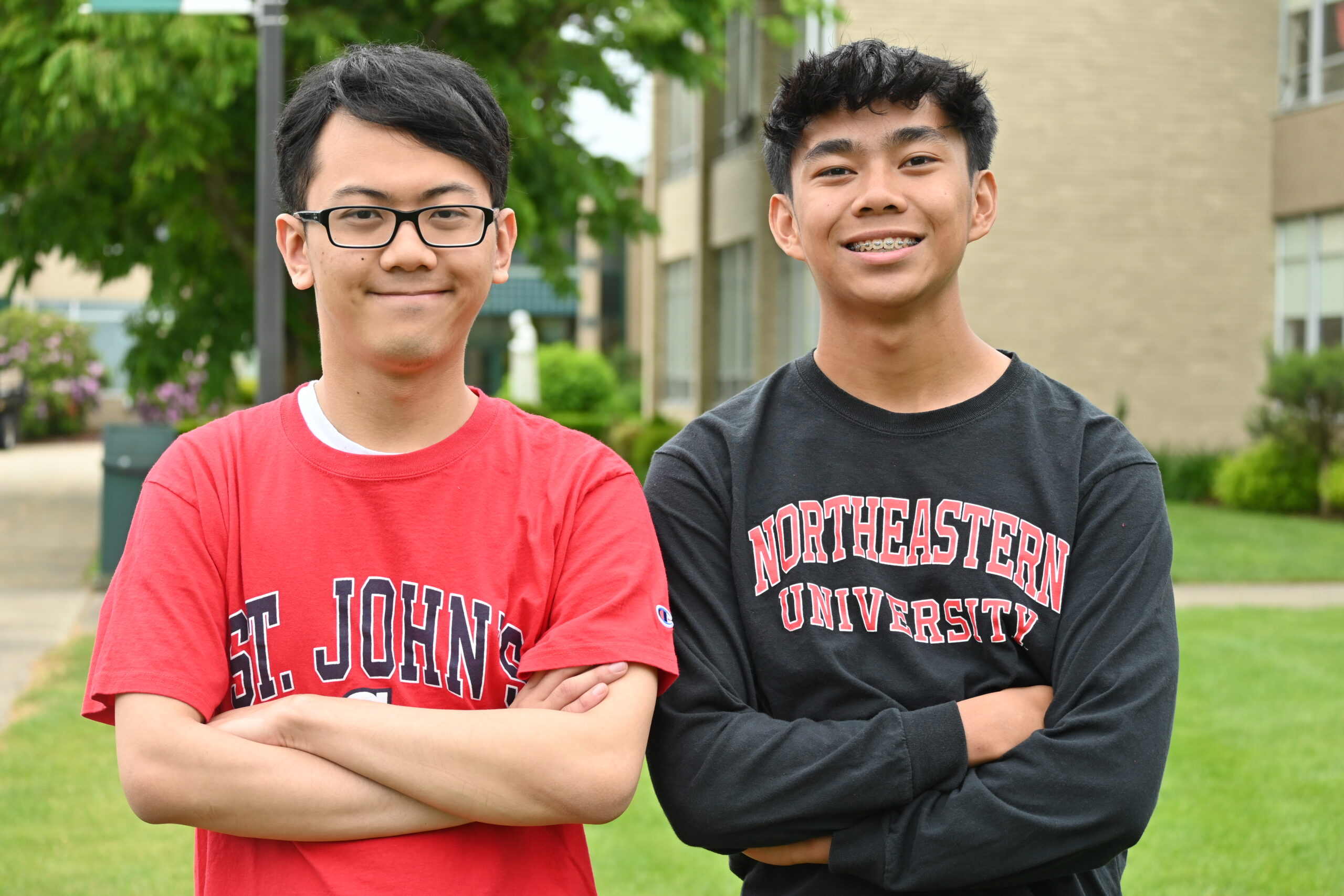 WARWICK, RI (June 1, 2022) – On the final day of classes for seniors, the School Leadership Team is proud to announce the Class of 2022’s Valedictorian and Salutatorian: Daniel Franchetti ’22 and Neil Dungca ’22, respectively. Both students will offer remarks at the 61st Graduation Exercises on Monday, June 13, 2022 at 5pm in the Cathedral of Saints Peter & Paul.

“To say we’re proud of these young men is a tremendous understatement,” said Principal Mark DeCiccio ’03. “Daniel and Neil are incredible scholars who have dedicated themselves to their education in the most advanced and challenging courses we offer over four years. And, as talented as they are, they’re even better people. You couldn’t ask for more as an educator.”

Franchetti will study Actuarial Science at St. John’s University in Queens, New York in the fall.

Dungca is also an active presence on campus. In 2019, he earned a Rhode Island Table Tennis High School Championship, followed by a third place finish in 2019. He is also a member of Academic Decathlon, the Hawks’ Writing Center, Board Game Design Club, Math Team, Esports, Leadership Academy, and Science Olympiad. Dungca has been playing piano since 2012 and guitar since 2020. An active member of his parish, he’s performed over 150 hours of community service as a volunteer and tutor for Fr. John V. Doyle School and Saints John and Paul Church in Coventry. He’s also completed the Naval STEM Camp and was a member of the Diocesan Leadership Team.

Dungca will major in Chemical Engineering at Northeastern University in Boston, Massachusetts in the fall.