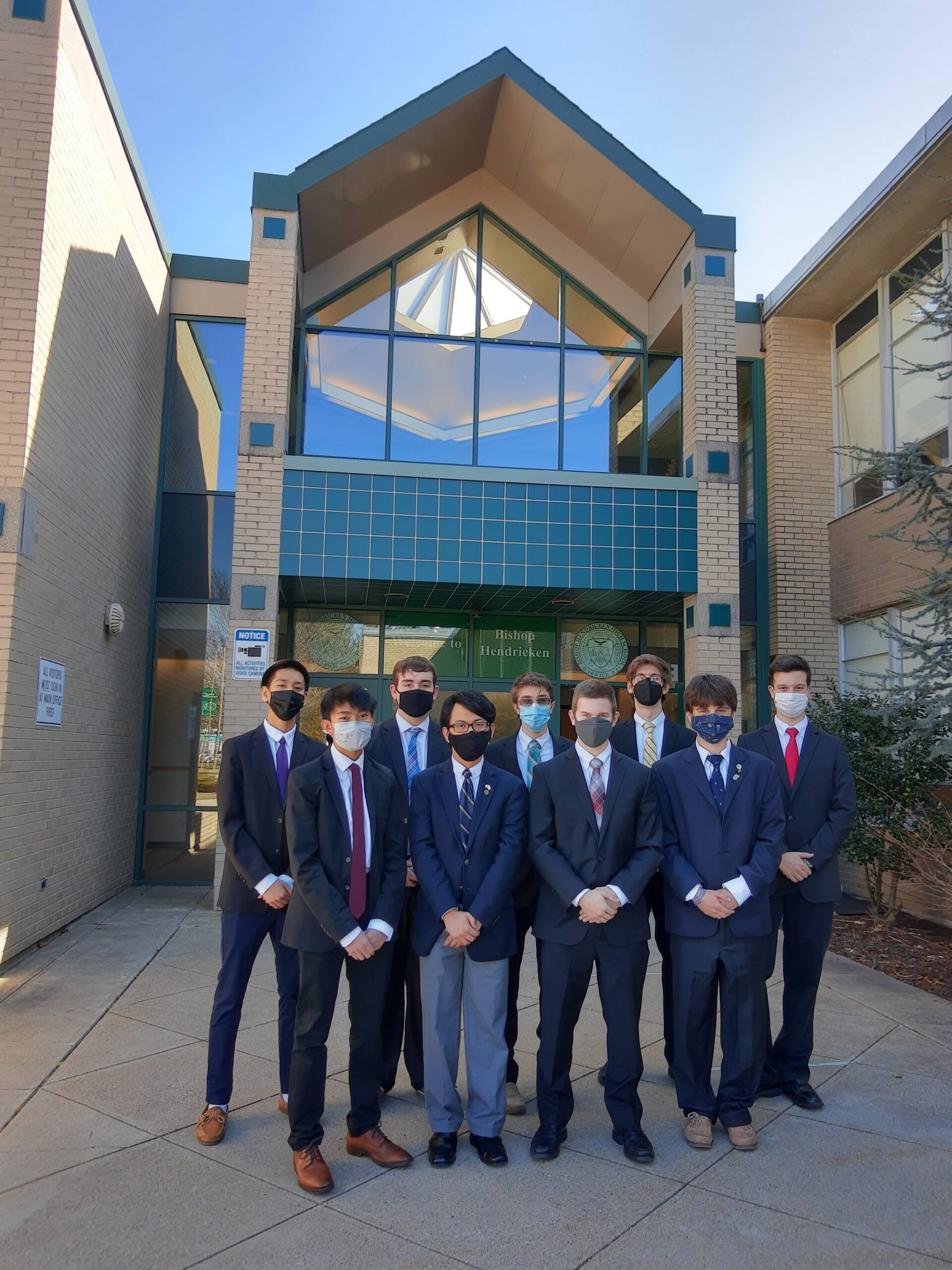 The team, which came in second in its division in the national competition in 2018 and 2019, and won a national championship 2017, will now go on to compete in the United States Academic Decathlon Virtual Nationals from April 26-May 1, 2021.

Bishop Hendricken’s 11th consecutive state title was highlighted by a balance and whole-of-team approach. Each member earned a top scorer medal within each division, including a complete sweep of the Scholastic Division by Dylan Brunner ’21, Patrick Gabriel Torres ’22, and Jack Aylesworth ’21.

This year’s field of Rhode Island decathletes competed in the daylong, completely virtual event on Sunday, March 7, 2021, marking the 38th annual decathlon. Each team received packets of information on this year’s theme, “The Cold War,” and spent countless hours preparing for Sunday’s competition.

The Academic Decathlon is a team-based competition wherein students match their intellect with students from other schools. Students compete in 10 categories: Art, Economics, Essay, Interview, Literature, Mathematics, Music, Science, Social Science and Speech. Each participant had to prepare and deliver a short speech and complete an interview with the judges.

Despite this being the 11th consecutive championship, this year’s victory was the first for Ms. Leeanne Soprano, member of our Modern Language faculty and Bishop Hendricken’s newest Academic Decathlon coach. Following in the footsteps of Sister Carol Anne Murray, Soprano took the helm of the nine-man team without missing a beat.

“I didn’t expect to be doing this, but I just dove right in,” Soprano told the Warwick Beacon in an interview prior to the state competition. “As much as I’m the coach to the boys, they’ve been my coaches as well, which has been wonderful.”

Bishop Hendricken scored a total of over 40,000 points and finished ahead of East Greenwich High School (2nd place) and Johnston High School (3rd place). The individual winners from Hendricken were: