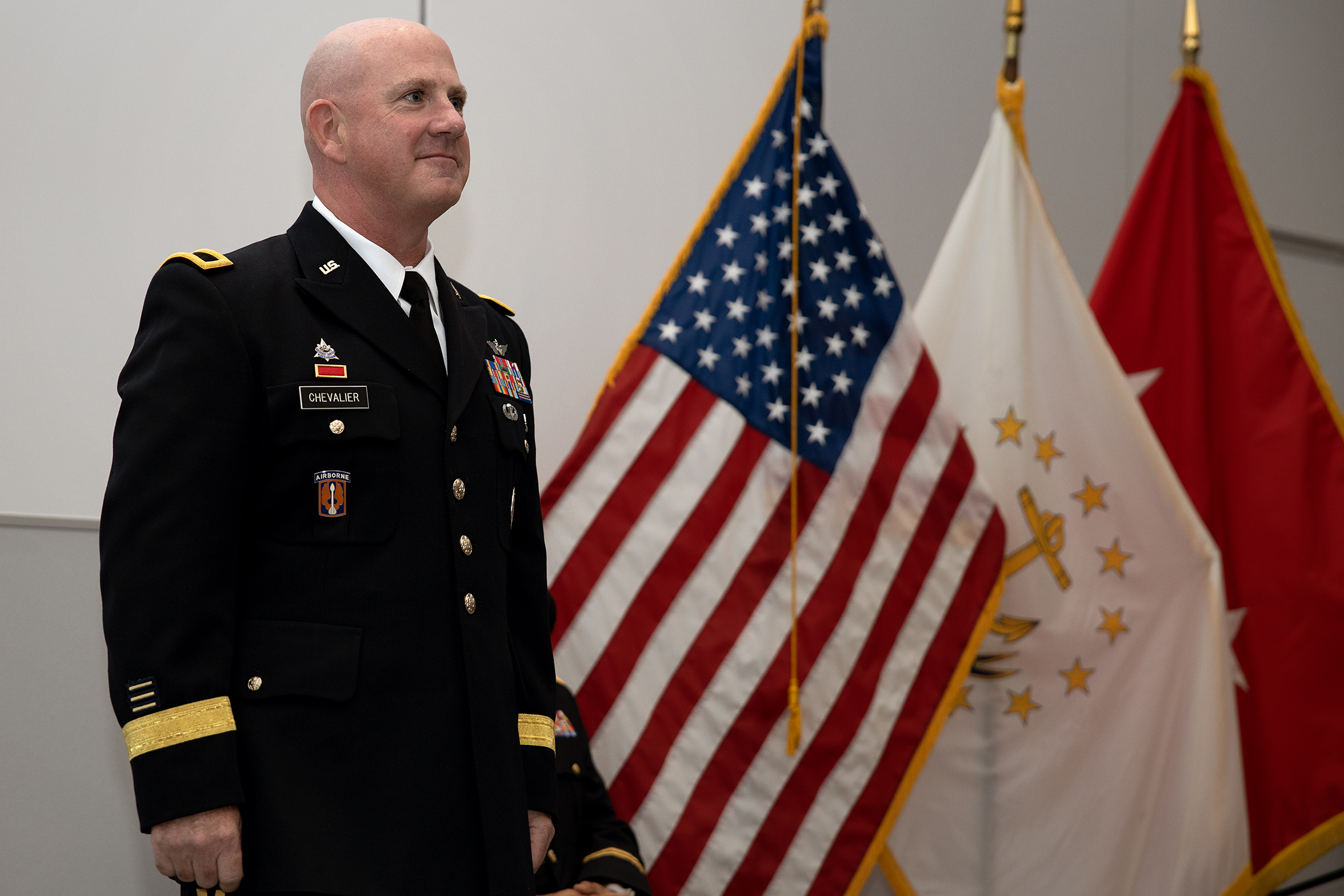 WARWICK, RI (May 24, 2022) – Fr. Robert L. Marciano, KHS ’75, President, and Mr. Mark R. DeCiccio ’03, Principal, are pleased to announce that Brigadier General Andrew J. Chevalier ’86 will serve as Bishop Hendricken’s keynote commencement speaker at the 61st Graduation Exercises on Monday, June 13, 2022 at 5pm at the Cathedral of Saints Peter & Paul in downtown Providence. Bishop Hendricken’s graduation returns to the Cathedral for the first time in two years following outdoor ceremonies at Aldrich Mansion due to COVID-19.

“The Class of 2022 has excelled in every endeavor, and even through the challenging past few years, they have made us remarkably proud,” said Fr. Marciano. “We are very pleased to introduce them to the Brigadier General whose story, words, and lifelong commitment to service of others will inspire them into the next chapter of their lives. Brigadier General Chevalier’s service to his community, state, and country is the true mark of a Hendricken man.”

Brigadier General Chevalier serves as the Director of Joint Staff and Land Component Commander for the Rhode Island National Guard. His responsibilities include serving as the Principal Staff Officer and primary advisor to the Adjutant General for all matters pertaining to policy, operations, mobilization, State interagency contingency planning and support to civil authorities. As the Land Component Commander, Brigadier General Chevalier oversees operational, logistical, and personnel matters affecting the readiness of the Rhode Island Army National Guard and is ready to serve as the dual status commander in the event of Federal or State emergency declaration.

Following his career at Bishop Hendricken, Brigadier General Chevalier received his commission into the United States Army in 1990. Following Initial Entry Rotary Wing Flight School, his first assignments included serving as a helicopter platoon leader and company commander for rotary wing units based out of Quonset.

Brigadier General Chevalier earned his bachelor’s degree in Business Administration from the University of Rhode Island, and his master’s degree in National Security and Strategic Studies from the U.S. Naval War College. He resides in North Kingstown with his wife, Carol, and his daughter, Melanie.

The graduation will be streamed live from the Cathedral at hendricken.com/graduation. Doors to the Cathedral will open at 4pm for all guests. Tickets are required for the ceremony and have been limited to graduates and their families.