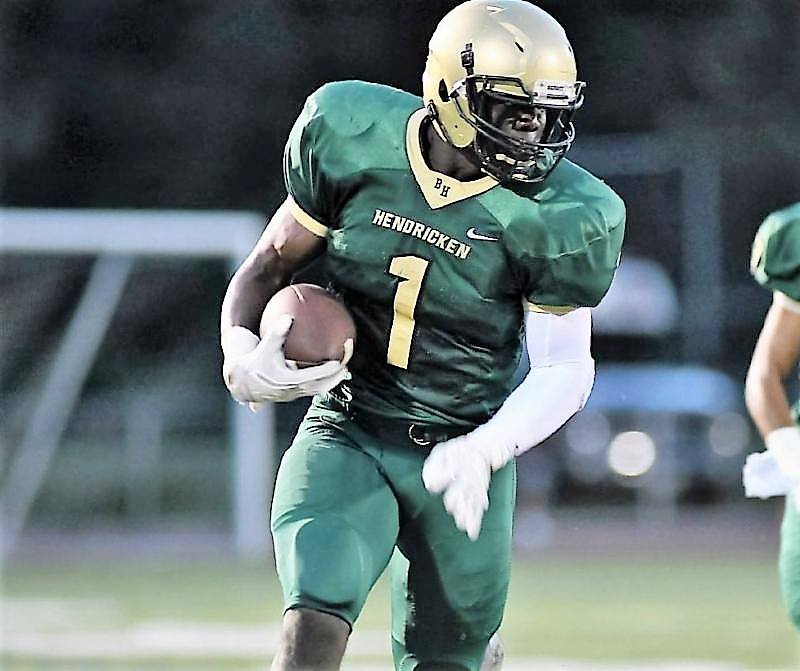 Paye is the fourth Hendricken player to win the award. In addition, the Michigan commit was a key member of the Hawks team that went 12-0 and won their seventh consecutive state championship.

The 6-foot-4, 237-pound Paye scored four touchdowns and made 14 tackles in a 48-28 win over rival La Salle Academy in the championship game.

Paye’s accolades also include the state’s 2015 Lineman of the Year as well as a First-Team All-State honoree.

“Kwity Paye is a dominant football player whether it was on the defensive line or in the backfield,” St. Raphael coach Mike Sassi said. “Hendricken would be good without him; with him, they are unbeatable.”

Paye was also named to the 2017 Under Armour All-America Game, which will be played on New Year’s Day in Orlando, Fla. The game will be nationally televised by ESPN at 1:00 p.m.

In its 32nd year of honoring the nation’s best high school athletes, the award, which recognizes not only outstanding athletic excellence, but also high standards of academic achievement and exemplary character demonstrated on and off the field, distinguishes Paye as Rhode Island’s best high school football player.

New in the 2016-17 season, Gatorade “Play It Forward” is empowering all Gatorade State Players of the Year to choose a youth sport organization to receive a $1,000 grant in their honor. Kwity has chosen his former RI Pre-Teen Youth Football Team, the NorthEnd Seahawks to receive the award!

To read more of the sports coverage about Kwity from the Providence Journal, “Kwity Paye named Gatorade R.I. Football player of the year,” please click here.