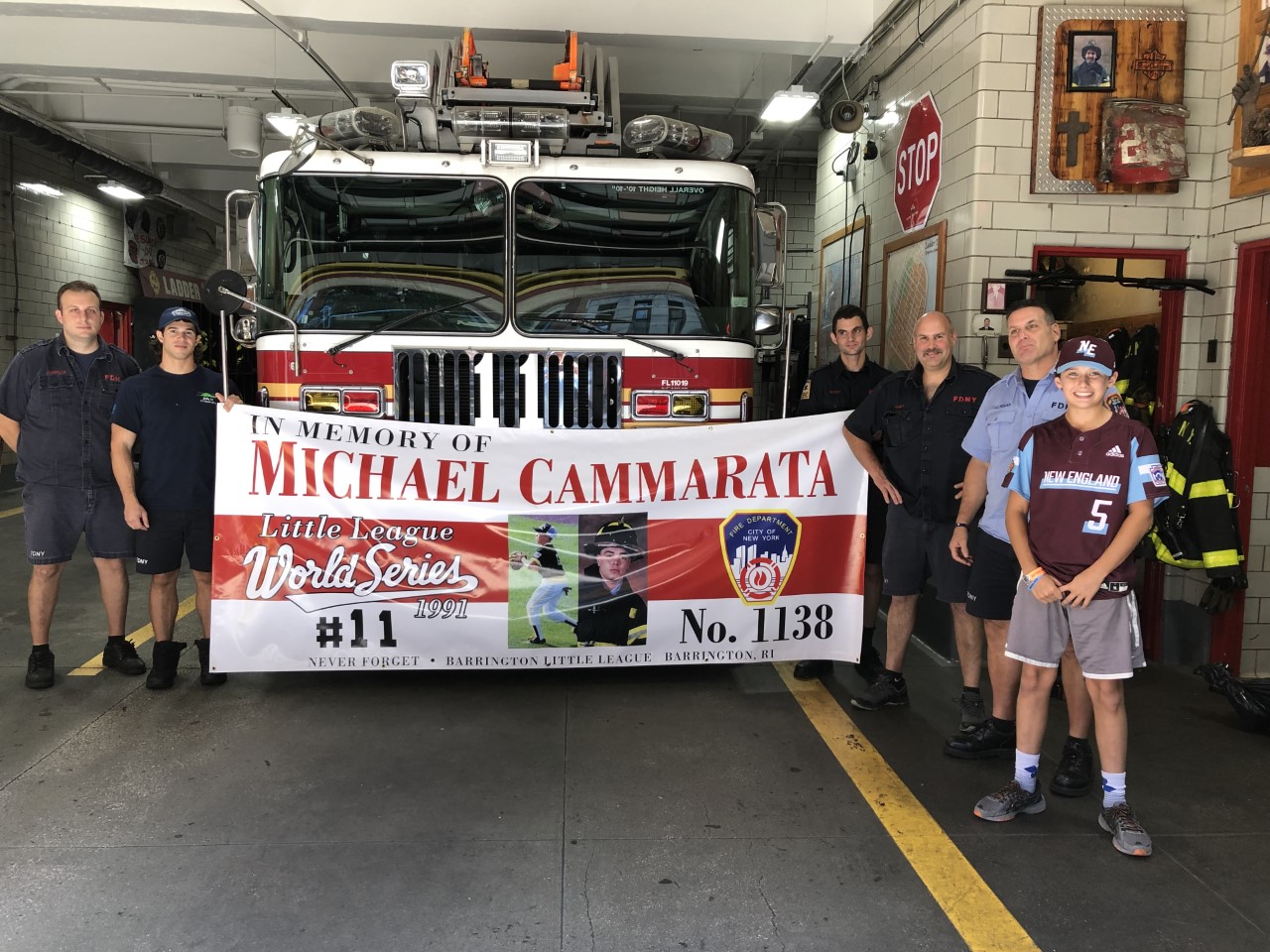 “Three: Make my spirit live on.”

That’s what happened when James Caldarella ’25 noticed the number 11 on the right field fence of Howard J. Lamade Stadium in Williamsport, Pennsylvania, home to the Little League World Series (LLWS).

In 2019, James, who currently plays baseball for Hendricken, competed in the LLWS representing Barrington, Rhode Island. The trip to Williamsport was a dream he had worked to make a reality, like many kids before him.

One of those kids, decades before James stepped foot on the field at Lamade Stadium, was Michael Cammarata.

From Huguenot, New York, Michael was a South Shore Little League All-Star who competed in the LLWS in 1991. He wore the number 11. Michael was a determined and free-spirited individual who dedicated himself to accomplishing his dreams, from the LLWS to the New York Fire Department.

An accomplished student-athlete at Wagner College, Michael left school to become a New York firefighter. He received a perfect score on the New York Fireman’s Test, took his uncle’s shield number – 1138 – and was assigned to Engine 28, Ladder 11 in Manhattan for training. He had completed 9 weeks of the 14-week training and was looking forward to his graduation from the Fire Academy.

Michael was the youngest firefighter to sacrifice his life during the attacks of September 11, 2001. He was only 22.

In his “if something should happen to me” letter, Michael wrote a numbered list of four things: “One: Take care of Jenna [his girlfriend]. Two: Don’t mourn me. This was the career I chose. Three: Make my spirit live on. Four: Remember I love you all and will be waiting for you upstairs.”

These words would become his obituary.

After seeing Michael’s number in the outfield of Lamade Stadium, and learning of his story and service, James decided to create a banner in his memory.

James and his father, David, drove to Ladder 11 on East 2nd Street early one Sunday morning in September 2019. They walked into the garage to introduce themselves and present the banner in honor of Michael’s sacrifice.

Two of the firefighters on duty that morning had the honor of knowing and working alongside Michael. They were touched and hung the banner in the firehouse garage almost immediately. A total of 6 firefighters from Ladder 11 died in the 9/11 attacks, including Michael. Their names are etched on the chrome grill of Ladder Tower 11.

Just as Michael had wished, and in part thanks to James, his spirit continues to live on.