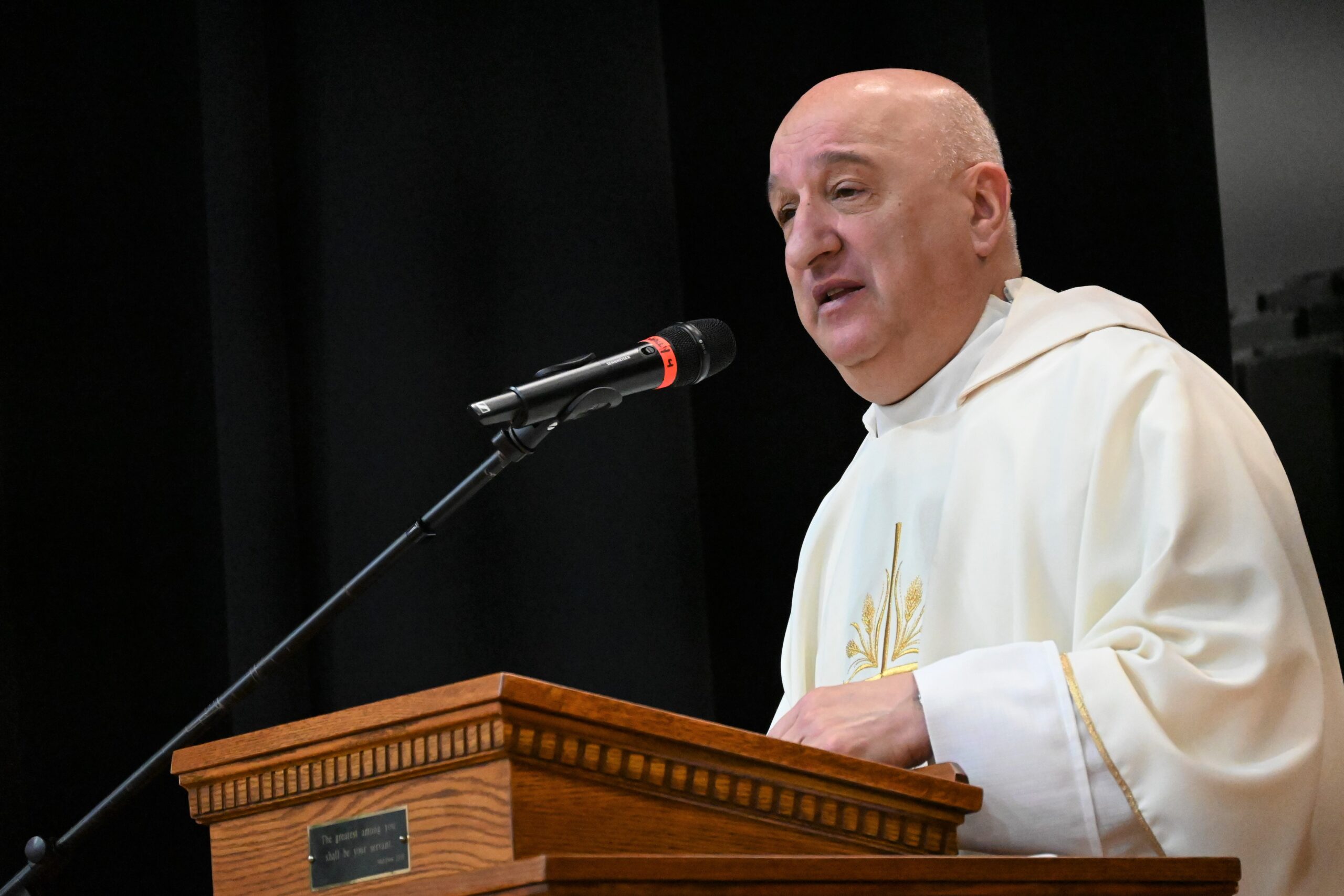 It was a brisk day in November 1979. The place was Stockholm, Sweden where a slightly stooped, sweater-clad, and soft-spoken woman stepped to a battery of microphones to address an audience of thousands. Saint Mother Teresa of Calcutta, the gentle and loving woman of faith, was about to accept the Nobel Peace Prize. As her words, soft in character yet firm in conviction, cut the chilled air, an eerie and reverent hush fell over the crowd. She said this: “The greatest obstacle to peace in the world is abortion.”

Even though the recent Supreme Court decision corrected the judicial reach into the moral sphere 37 years ago, the number of unsuspecting and innocent infants put to death in hospitals and clinics in our country has outnumbered the dead claimed by all of the wars this nation has ever fought. The battle for legalized abortion began long before we realized or expected it. In fact, the language changed rapidly around us to cosmetically conceal the actual reality of the killing of babies, lest the abortion industry offends the cash-carrying public.

And so “pro-abortion” became “pro-choice” as “pro-life” and its proponents became a single issue. The unborn child became a fetus, and after an abortion was successfully performed, the baby was referred to as “fetal waste” as that dreadful decision of Roe v. Wade raged over the moral soul of our nation. It has now been sent to the individual states and the debate has not subsided, nor settled, and it never will until children and their unsuspecting mothers are once again safe from the rabid scalpel of the abortionists and their cash-bloated industry.

This is not the first time that good has done battle with evil, and it certainly will not be the last. Since that fall in the Garden of Eden, men and women of faith have been asked to take a stand for what is right. Over 70 years ago, a man named Bishop Clemens von Galen took to his pulpit at Munster Cathedral in Germany to condemn Hitler’s regime at the peak of its power for “plain murder” in its euthanasia program against the Jewish people and others. The Bishop directed Catholics to “withdraw themselves and their faithful from the Nazi influence so that they would not be contaminated by the ungodly behavior of the Nazis.” His was not a welcomed voice. He was told by his own faithful that it was none of his business and that the Church and its Bishops and priests should stay out of the business of the state. Religion and faith, and its precepts of right and wrong, must not mix with politics…sound familiar?

But just imagine, for a moment, if those Catholics in the Munster Cathedral pews had listened to their shepherd, the voice of life, love, and truth. Imagine if the voice of the Church had been heeded to stop the carnage of the state, then millions would have lived and the Holocaust, one of the darkest chapters of all human history, might never have happened. Cardinal von Galen is now headed for sainthood as a new holocaust of ungodly behavior rages through our land and while Catholics still sit in the pews, passive and quiet. There are some demanding that my voice, and other Churchmen like me, be silenced since the Church should not mingle with the business of the state. Of course, those who propose this are poor students of history as the separation of Church and state is meant for the protection of the people, so that the state might never dictate matters of faith to the people. It was never meant, nor designed, for the voice of the Church, its leaders, and people of all faiths to speak publicly and fervently on matters of morality wherever they reside.

A few months ago, I stood at the bedside of a young mother whose tiny, premature infant, born five months into her pregnancy, was fighting for his life. Just hours earlier, he had been delivered with many medical problems and was now clinging to the fragile thread and great gift of life. We prayed together — the mother, the father, and myself — and with earnest desire, we asked the Good Lord to send His strength of healing to this tiny loved one of His and ours, if it be His Divine Will. A few moments later, as I left the room and their company, I met the doctor who had been frantically working to save the newborn infant’s life in the hospital hallway. He was visibly frustrated by his medical efforts and lack of success. He told me that all hope was now lost and that this little one was about to die. He thought it might be best and consoling for the mother if she could hold her tiny son for these last few moments of his brief life.

I agreed, yet as he spoke, I noticed his name on the hospital ID badge affixed to his white lab coat. He was, without a doubt, an enemy of the pro-life cause; a noted and outspoken abortionist and a participant in the smear-and-lie campaign of Planned Parenthood, an organization that has systematically infected our nation and polluted the morality of our society, especially our precious young women and youth. He had, I knew, ended the lives of countless infants through abortions at the very same age as this little one whom he now tried desperately to save. And so, as he turned to leave, to give this dying child to his sorrowing mother, I took him gently by the arms, faced him squarely, and said this:

“Doctor, I agree, but please tell her and the father not to cry, nor to grieve. Tell her that what she holds in her arms, by your own admission and your abortion work, is nothing but a glob of cells; a mass of fetal tissue. Don’t let her name it, nor kiss it, nor will we dignify it with the reverence of Christian burial, for it is not a human being, Doctor … or is it?”

With eyes sunken in confusion and mingled with what I pray was remorse, he turned and silently, with head bowed, walked away.

I buried little Alan Charles in consecrated ground not far from here. I embraced his parents and grandparents on that gray and rainy Thursday morning and expressed my deepest sorrow over their great loss. I prayed then, and I pray everyday, that little Alan’s death will not be in vain.

My friends, the pro-life movement is our movement, and it must be an act of love, or it will be nothing at all. We must always recheck our motivation, not only to choose life, but to choose love as well. Love for little children, love for would-be mothers, and yes, love for erring doctors and self-serving politicians. Only God can act to crumble this evil tidal wave of death that is consuming the future generations of our nation and world. Only He can bring an end to this intolerable destruction of human life, not because of our cowardly silence, but from our courageous and loving witness to the truth as He has seen fit to give to us and that we, as His disciples, are compelled to speak.

On this feast of the Baptism of the Lord, and as we recall the waters in which He went and the voice from heaven that announced His mission and His 3-year ministry here on earth, let us recall that the same mission is ours, begun at our Baptism, meant to bring His Gospel and His truth to the world.

My friends, may God’s continuing Grace grant us the courage to choose life and not death, for when we do, He will always do the rest. May He hear our prayers and guide our steps, for those little ones who have no voice to speak, need ours to speak for them, for they are counting on us!