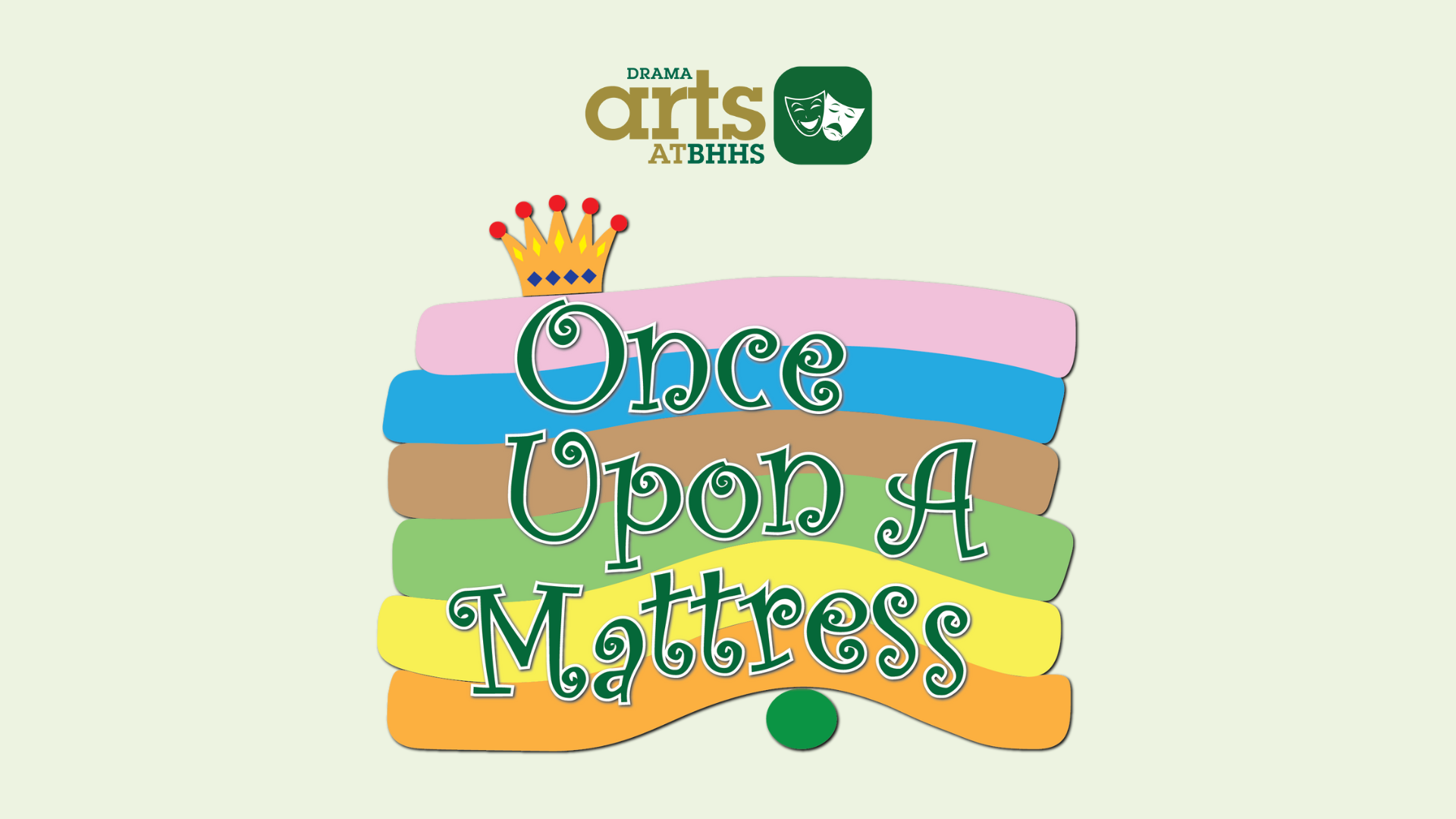 WARWICK, RI (January 6, 2023) – The Arts at Bishop Hendricken will proudly present Once Upon a Mattress, a comedic adaptation of The Princess and the Pea, as its 2023 Winter musical from January 27-29, 2023 in the Dr. Daniel S. Harrop Theater.

“It’s been very exciting to see the students take on a Golden Age musical after working primarily with contemporary material the past few shows,” said Julia Paolino, Director of Arts. “They have fully immersed themselves in the world of these whimsical characters and we’re having a lot of fun putting our own spin on the classic production. Audiences will truly be transported to a fantastical world when they see the beautiful costumes and set constructed by our incredible student crew, combined with our young actors’ larger-than-life performances.”

Many moons ago in a far-off place, Queen Aggravain decreed no couples could marry until her son, Prince Dauntless, found a bride. Princesses came from far and wide to win the hand of the prince, but none could pass the impossible tests given to them by the Queen. That is, until the “shy” swamp princess, Winnifred the Woebegone, showed up. Debuting on Broadway in 1959 and launching the career of Carol Burnett, this rollicking spin on the classic tale The Princess and the Pea provides some side-splitting shenanigans, a wave of wonderful songs, and hilarious turns.

The production has been entered into the 1st Annual Ocean State Star Awards presented by the Providence Performing Arts Center (PPAC). A performance will be adjudicated by a special guest panel assigned by PPAC and will be considered for awards in specific categories.