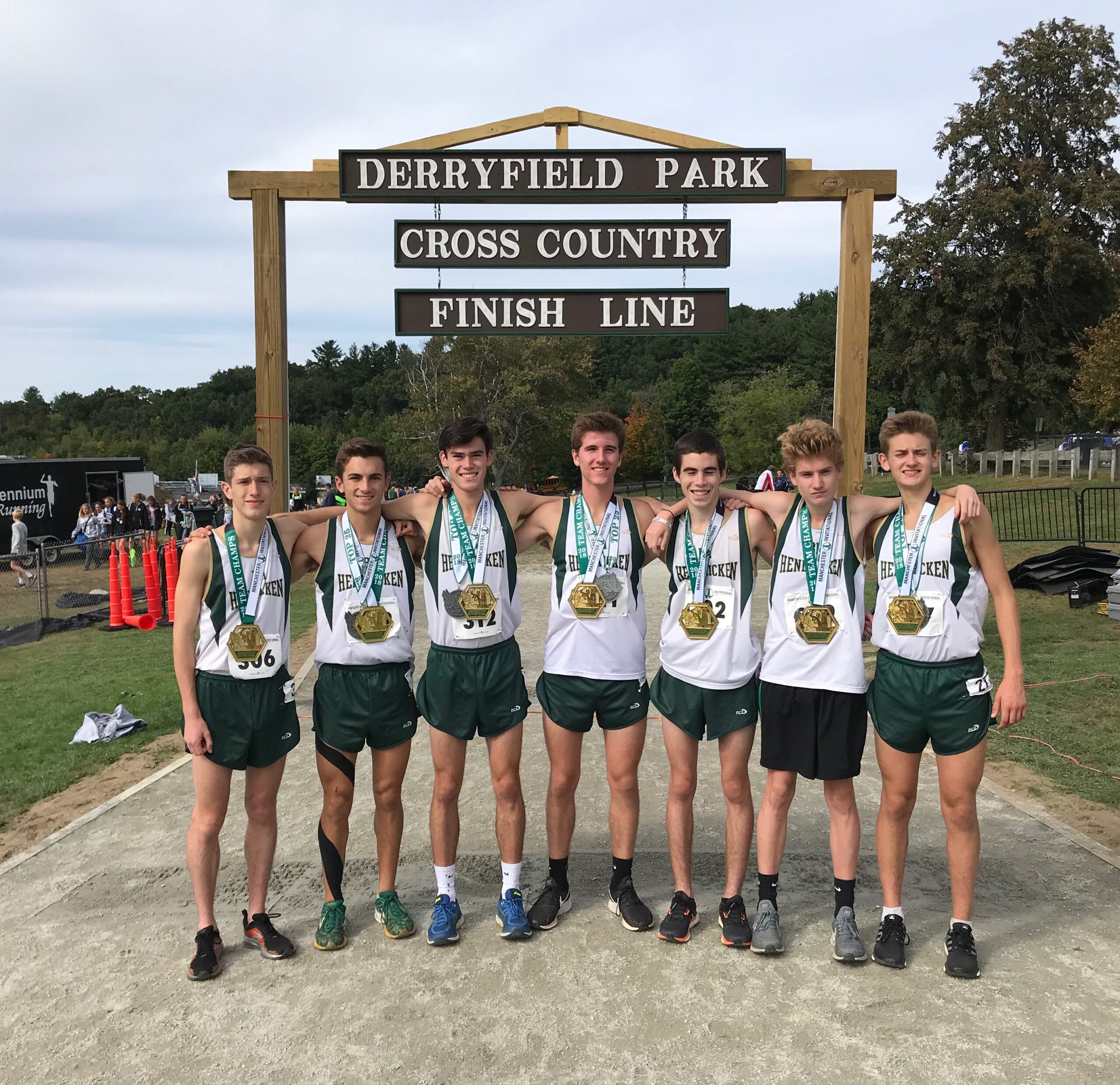 MANCHESTER, NH – Bishop Hendricken’s Cross Country team made Rhode Island’s presence known at the 44th Manchester Invitational on Saturday, September 22 at Derryfield  Park. The Hawks won the meet for the 9th time since 2000 in what was described as a “true team victory.” The Hawks won the race over some excellent regional competition from Concord (NH), Essex (VT) and William Hall (CT).

The top finisher for the Hawks was Aidan Tierney ’19 in 2nd place. This is the third fastest Bishop Hendricken time ever recorded at the meet behind Aidan’s older brother and former Hawk runner, Colin Tierney ’14. Aidan had the help of his teammates who recovered after a poor start to gain control of the race, and secure the eventual team victory. Jack McMahon ’19 and Matt St. Jean ’20 finished together in 8th and 9th place. Luke Henseler ’20 and Jonathan Iamarone ’19 were close behind in 14th and 16th respectively. Nick Braz ’19 and Matt Rene ’19 rounded out the scoring for the Hawks, finishing 18th and 78th respectively.

The Junior Varsity squad once again took home the title with a great pack running together. The Hawks finished 1-2-3-5-6-7-28 for a team score of 17. The top finisher for the Hawks was David DelBonis ’20 who was closely followed by Dylan Manning ’19, Michael Del Sesto ’19, Ian Hopkins ’20, and Andrew Woodbine ’20. James Kiernan ’20 and Ryan Mallozzi ’19 rounded out the scoring for the Hawks. This is the 7th victory in a row in the JV race, and the Hawks have won 9 of the last 10 years.

In the JV B race, the Hawks once again could not be stopped. Hendricken swept the scoring and won with a perfect score of 15. The 1-5 finish was led by a victory from Evan Reynolds ’21 in his Bishop Hendricken debut. Amedeo Cubellotti ’19, Michael Feret ’20, Jacob Iacobucci ’20, and Ryan Dyer ’21 followed closely finishing 2-5. Eric O’Connor ’19 and Austin Moore ’21 rounded out the scoring for the Hawks.

Congrats to all team members on a great team win! The Hawks will battle Classical on Monday, September 24 at Goddard Park.