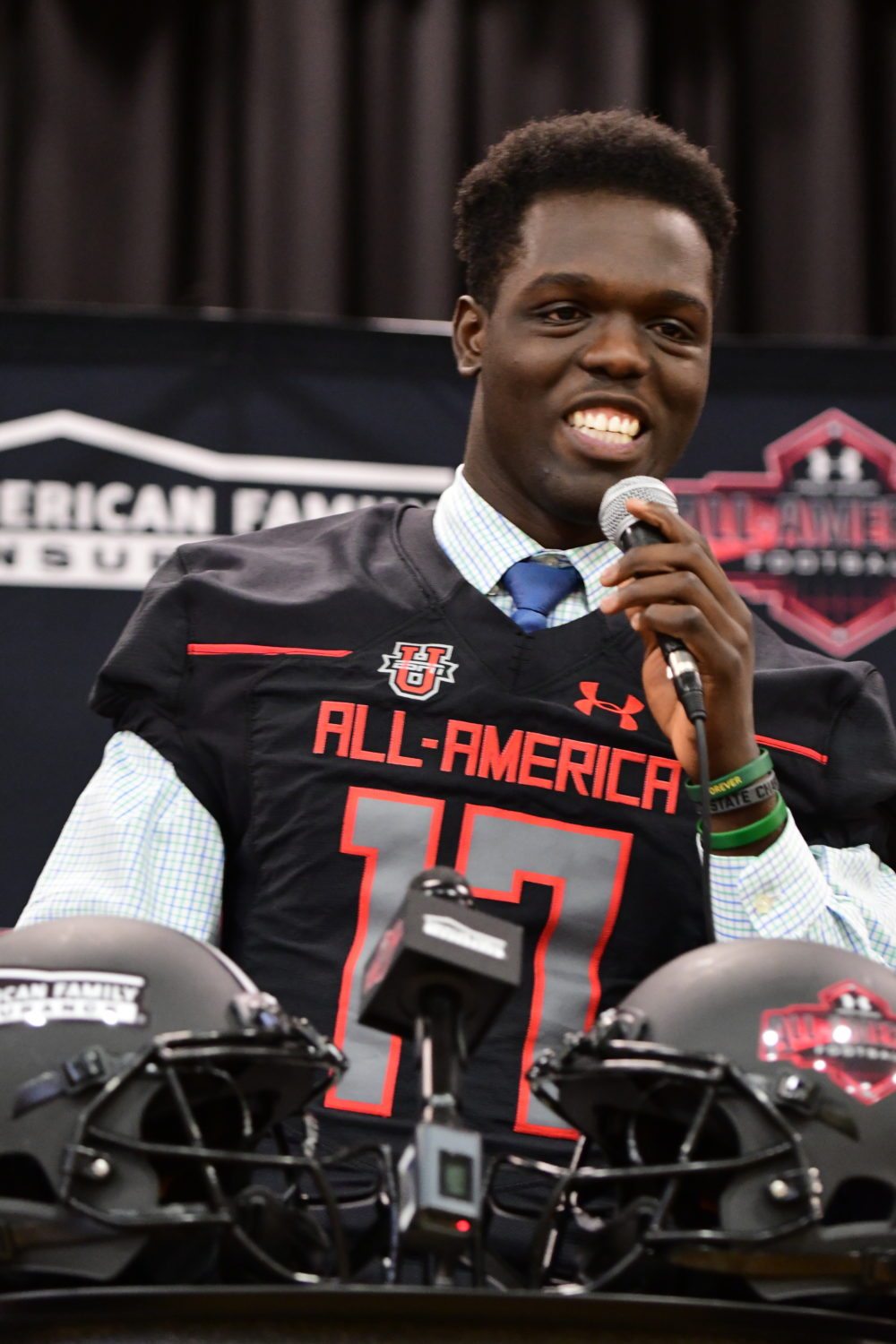 All-America Game bound. Hendricken football star, Kwity Paye, has been selected to play in the 2017 Under Armour All-America High School Football Game on New Year’s Day in Orlando, Fla. Paye, a 6-foot-4, 235-pound defensive end who has verbally committed to Michigan has won the fan vote and will now be a participant in the game, representatives for the game announced on Tuesday afternoon.

He will join more than 90 of the nation’s best senior high school football players in the tenth annual edition who will showcase their talents in front of a national audience televised live on ESPN. The 2017 game is scheduled to kickoff on Sunday, Jan. 1 at 1 p.m. ET and will be played at Camping World Stadium in Orlando.

Paye was presented with his official All-American game jersey by game representatives at a ceremony on Thursday at Hendricken. He was selected after winning a five-week, 32-player bracket-style competition decided on by fan voting.

Next year, Paye will take his talents to the midwest where he will don maize and blue and a winged helmet for head coach Jim Harbaugh, defensive coordinator Don Brown and the nationally-ranked Michigan Wolverines in the Big Ten conference.

A two-time first team All-Stater, Paye will be integral part in Hendricken’s quest to win a seventh consecutive state championship. Paye and Hendricken will be back in action on Friday night when they host Portsmouth at 7:00 p.m. in the state semifinals of the Division I playoffs.

Since 2008, the nation’s elite high school football players have been selected by ESPN Recruiting to participate in the Under Armour All-America Football Game. NFL Pro Bowlers like Julio Jones and A.J. Green competed in the inaugural game, while No. 1 NFL Draft selections like Jadeveon Clowney and Jameis Winston are among the players that participated in later years. Past Under Armour All-America Game participants include the following: